Sabesp, one of the largest basic sanitation companies in the world, hired NalbaTech with the objective of promoting improvements in data management in SAP ERP. For the project, the Innowera platform was implemented, designed to map, update and integrate data from different sources.

Sabesp’s objective was to have a comprehensive solution to make improvements and new features in data management in ERP without the need for major investments in development and customizations in the SAP system.

Preparing for eSocial was the first stage of the project and involved cleaning up the data of more than 17 thousand company employees.

Based on the ability of the Innowera tool to sanitize and manage data with management systems and the proximity of the eSocial effective date, Sabesp opted to start by treating and preparing employees’ social security and labor information.

“We put the platform to use very quickly and found that 41% of employees had some inconsistency in their registration, which could have a major impact on the material to be sent to eSocial, which could generate considerable delays and fines,” says Carvalheiro.

The Innowera tool also allowed the construction of macros in MS-Excel to facilitate the correction and adaptation of employee data for reloading in SAP.

“Activities that would take several months were carried out in a few days. As a result, we had a significant reduction in costs and time ”, points out Carvalheiro.

Sanitation and data comparison, pointing out errors for correction according to the rules and layout of e-Social (which has about 200 fields for each employee), as well as for any other legal and business obligations, are among the biggest benefits , according to him.

Earlier this month, the company announced another project developed with support from Nalbatech.

Sabesb contracted the company’s managed services to detect vulnerabilities and security flaws in software applications during its own or third party application development. The initiative focuses on the use of the BugScout platform. 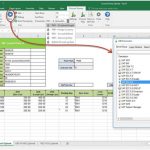 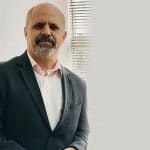 Maintenance as a strategic function: know how it works